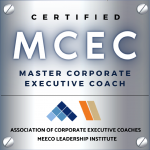 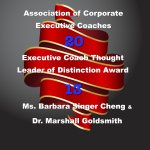 Barbara Singer is the founder, president, and CEO of Executive Core and leads a group of 100 global professionals whose mission is to more quickly innovate professional development globally. For more than 15 years, she has worked with thousands of high-potentials leaders around the globe at critical turning points in their careers. Barbara is renown for her work in the evidence-based study of predictors of executive success and executive coaching.

Barbara has authored numerous executive education programs, written two books, numerous white papers and articles including Recovering Executives at Risk of Derailing and Influence & Collaboration. Barbara has an M.A. in Counseling Psychology and B.A. from Bowling Green with dual degrees in Interpersonal Communications and Psychology. She recently served on the board of the Executive MBA Council for two terms as corporate liaison and belongs to numerous professional associations