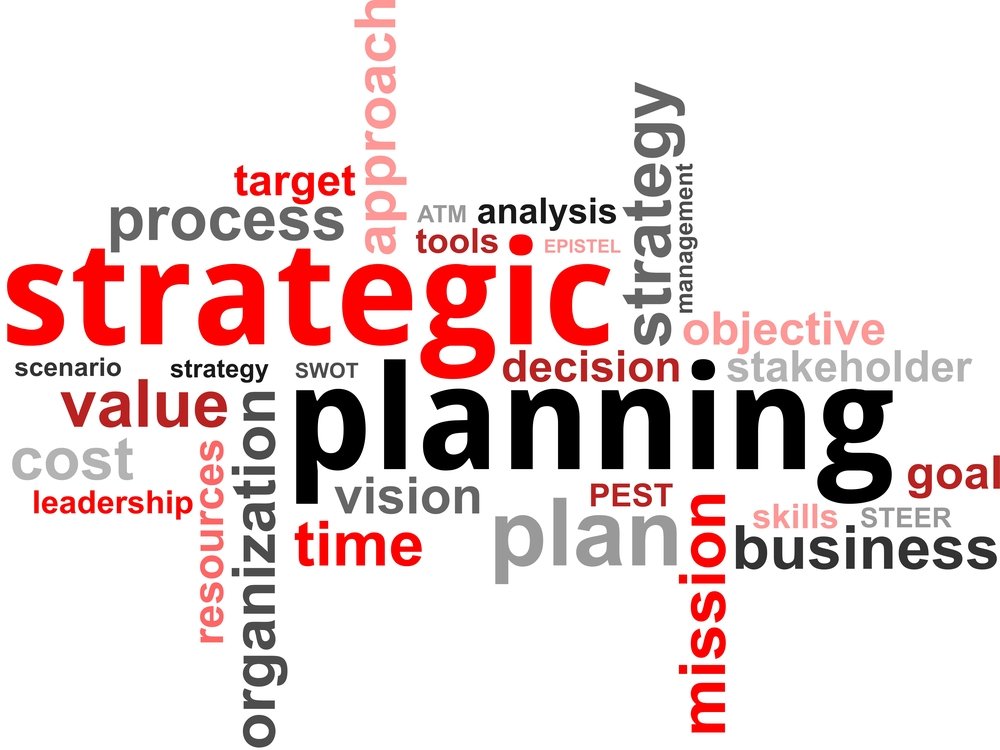 To build resilience going forward, the first question to answer is not, “What’s in it for me?” but “What if?”

By now, everyone knows that the shattering impact of COVID-19 has brought on a business crisis without precedent in recent memory. On one level, though, the pandemic represents nothing new. For years, we have been hearing and talking about the impending “VUCA” (volatility, uncertainty, complexity and ambiguity) world. Over and over again, we were told to prepare for seismic change that was sure to arrive, to boost agility in anticipation of abrupt, profound disruption. COVID-19 was a misfortune long foreseen; only the dates and other specific details were missing.

Regardless, the pandemic will fundamentally reshape how we do business from now on. Even if lockdowns end soon and the virus is staunchly suppressed never to return, its effect will linger. Now that the whole world has experienced the VUCA that only emerging markets used to face, it can never again be treated as an abstraction.

So when business leaders share with me how their business strategies will likely change in the post-virus period, many say they’ll continue with initiatives they’ve already started, such as digitalisation or social responsibility, but faster and with higher intensity. I have to point out to them that this might not be enough. Some of their key strategic priorities will have to be modified in a radical way.

To start, the basic purpose of business strategy is to steer companies towards sustainable sources of growth and profit. There are many tried-and-true frameworks for guiding strategy, e.g. Michael Porter’s five forces, which allows firms to orient their competitive position according to coordinates of threat and power. For decades, this classic way of thinking has provided a useful lens for analysing strategic moves of players within an industry. It no doubt remains relevant today. However, Porter’s neat chessboard does not account for whipping winds (think pandemics, political revolutions, climate change events such as the Australian bushfires) that may kick up suddenly and blow away the pieces. Anticipating the disruptive events that live outside Porter’s framework will be a major part of business strategy going forward.

I see four new priorities that strategists will need to put on their radar for the years to come.

It would seem meaningless to talk about an efficient dead organisation. In the post-COVID-19 world, contingency planning should be built into every link of the value chain to ensure survival. Instead of structuring partnerships on the basis of leverage and getting the better end of the deal whenever possible, firms will have to be much more strategic in choosing which alliances are essential, and which are transactional. Rather than “What’s in it for me?”, the first question ought to be “What if?” It may be necessary to forego some of the most lucrative partnerships in favour of those that can withstand a missed shipment or delayed payment here or there when fate intervenes.

To increase reliability, therefore, redundancy will trump efficiency with regard to critical resources. Investing too much in one partner, supplier or market can be as bad an idea as betting your life savings on one horse. For example, many major multinationals may be regretting their decision to rely so heavily on China as the pandemic exposes fissures in the nation’s prosperous façade. Apple and Foxconn’s joined-at-the-hip relationship is causing trouble for both companies, amid a vicious cycle of COVID-19 factory shutdowns and declining demand for premium smartphones. The uncertainty will only intensify as the rivalry between the US and China continues to escalate. (More about politics below.)

IKEA is an example of how a major company can balance long-term loyalty with diversification in the supply chain. The company deliberately maintains a large number of moderate-size suppliers worldwide, helping them improve production quality. It engages in nurturing, long-term relationships rather than squeezing every last cent.

2. Quantify and plan for ecological and environmental threats rather than just describe them

Today, many executives and analysts talk about various types of threats in a descriptive way, with very little in-depth forethought about how to deal with them should they arise. The good old concept of scenario planning is still with us, but very few businesses seem to practise it in a systematic and thorough way. Moreover, conventional risk assessment typically omits threats with no known probability distribution function, such as environmental devastation and sudden increases in refugee flows. And today’s businesses, already overwhelmed with “clear and present” business challenges, are hard-pressed to devote attention to what they consider low-probability events.

But recent history shows that extreme upheavals are far from rare. In the last century, the world has experienced at least five dangerous virus attacks, from the pandemic of 1918 that infected about one-third of the global population to COVID-19 in the present. There were also at least two devastating nuclear reactor meltdowns, two world wars and several near-misses, numerous earthquakes and tsunamis, countless regional armed conflicts that threatened supply of essential goods. Climate change, overpopulation and rising worldwide inequality have only increased the likelihood of these threats occurring again in the future.

Businesses should thus dedicate more resources to quantify various types of threats although there is no broad consensus on the best way to do this. The main goal is not to be accurate, but to train the organisation to plan for various “unimaginable” events. What does not get measured does not get done, as many business executives often claim. Thus, deep qualitative analysis and scenario planning should be complemented with a number of computer-assisted algorithms providing data and various simulation models. Leaders will have to learn their way around AI and machine-learning tools – such as heat mapping algorithms that can quantify political risks based on social-media sentiment analysis – in the course of strategic decision making.

When it comes to measuring and anticipating threats, technology is an important part of the package, but it can’t overcome a deep-seated antipathy to hard truths. In the business world to come, advantage will belong to firms that convey bad news upwards quickly rather than flinching from it.

Companies that can spot problems when they look small, learn from them and build preventive measures rapidly possess what I would call a strong organisational immune system. Just as our white blood cells identify and destroy invader cells early before they wreak havoc in our bodies, companies need long, sensitive feelers and hyper-responsive capability at all levels of the organisation to stay in the pink of health.

The downfall of Nokia’s smartphone business is a perfect example of how immune-compromised organisations collapse from within. Well before the iPhone came along, a “culture of fear” had set in at the Finnish firm. Senior and middle managers had developed a poisonous habit of sugarcoating and avoiding the serious problems with their devices and proprietary OS. Nokia had ample time and resources to develop a competitive response to the iPhone, but those advantages were squandered as toxic internal politics left management spinning its wheels.

It should be said that some top managers believe that using fear will lead to higher economic performance by reducing organisational complacency and inertia. This might have worked reasonably well in a fully controllable and predictable environment in which it is impossible for people to report good news only and hide bad news as long as they can. In today’s volatile context, however, it will result in priceless early warning signs going unheeded.

According to some observers, a Nokia-like scenario may have been behind China’s delayed response to COVID-19, stemming from long-standing misalignment between the central Communist Party authorities in Beijing and local officials, who knew of the virus in its early stages but lacked incentive to report it quickly. The result – massive human and economic harm – speaks to the high costs of complacency in this new world. Under the revived Nokia, the new board sought to build an organisational culture based on the following motto: “No news is bad news; bad news is good news; good news is no news.”

4. Integrate government politics rather than focusing only on business economics

Globalisation had a good run. The notion that the world is flat – unencumbered travels, international business deals, outsourcing to the lowest-cost countries, trade deals, etc. – had few high-powered detractors for several decades leading up to the 2008 financial crisis. Ever since the advent of Brexit and the Trump presidency, however, the idea of business without borders has been on the retreat. As I write this, international air travel is all but frozen entirely, and global supply chains have been chopped to bits. Nation-states, already making a comeback before COVID-19, will likely increase their leverage over multinational businesses in the months and years to come.

Beyond national security, firms in sectors deemed “essential” to national public welfare – covering a wide range of sectors from food to medical supply, machinery and electronics equipment, transportation and energy – will be the first to feel the pressure to localise. Governments have learned the hard way that it can be dangerous to depend on foreign trade for items that make or break crisis response, such as the reactive agents that are key to COVID-19 testing or even low-tech medical gowns and face masks. They will be keen to maintain or rebuild these precious supply chains on their own soil. This could carry significant implications for businesses that seek overseas expansion. Firms should expect even more severe and close governmental scrutiny and rejection of their proposed joint ventures, mergers and acquisitions, R&D collaborations, even in non-defence related sectors.

This seeming adversity could create big opportunity for some firms that integrate government politics into their business strategies. For one, homegrown innovation capability will be valued by national governments and benefit from higher economic and regulatory support. Additionally, rising patriotism – creating “good” jobs for your own people – could benefit these firms in their own countries, much like Alibaba and Tencent and Baidu have profited in part from relatively low foreign competition in China.

You may have already noticed some interrelationships between these four priorities. Indeed, in the post-COVID-19 world, these four levers typically operate in combination, rather than in isolation.

Broadly speaking, strategy after COVID-19 will be less about beating your economic competitors, and more about how businesses can contribute to combating a larger, shared enemy, like climate change, pandemics or perhaps socio-political woes such as inequality. There’s nothing new about this. The US in World War II, for example, saw tremendous cooperative effort between businesses, as well as between the private and public sectors. The COVID-19 “new normal” may actually be a return to an older equilibrium between business and society, and wide stakeholder collaboration.

It will hopefully serve as a meaningful wake-up call for societies and businesses to take bold, radical actions that could propel humanity to a superior quality of life.

Author: Quy Nguyen Huy is the Solvay Chaired Professor of Technological Innovation and a Professor of Strategic Management at INSEAD. He is also a director of the Strategy Execution Programme, part of INSEAD’s suite of Executive Education programmes.